Somehow Anisa couldn’t get enough of ruins. And I had nothing better to do than to join her on a trip to Tiahuanaco, which is said to have been a really big pre-inca city. But first we had to get there. We were the first to get on the tourist bus and it went around the crazy traffic of the La Paz city center for more than one hour before picking up the last two guests who stayed at the same hotel as Anisa.

During the ride, we again played the “Dog!” & “Gas Station!” game and although simple, it provided enough distraction. 60 Bolivian minutes or almost two hours later we arrived at the place where we first spent some time in the museum. It was quite interesting, especially the differences between that culture and the Inca. For example, the three worlds were presented as Condor, Llama and Puma whereas with the Inca, it was Condor, Puma and Snake.

Of the huge temple of seven levels only a shallow hill can be seen at first. Only a few levels had been excavated due to the often mentioned lack of money. In fact, these historical sites and museums are still robbed, looted and damaged as of today. During the days of the independence of Bolivia, some of the statues had been used for targeting practice and the shots crippled the original features.

The amazing capabilities of construction can be found at many places. For example, the site had a drainage system similar to the Inca that still works. In former times, this place had not been as arid, instead it was a rain forrest, hence the need for good drainage.

Apart of the astrological knowledge of the equinoxes and so on, there are some large stone slabs that had been set up with a special purpose. These stones were and still are magnetical and were supposed to channel a healing magnetic field in the center where a stream of water was flowing.

Fair enough, there is another temple below surface that shows over hundred stone faces. The funny thing is, however, that the faces also show people with mustaches and chinese eyes. Neither of these features were present with the natives.

There is also a specifically shaped hole in one stone that has interesting accoustic features. You can use it to hear people talking in the distance — or you could also use it as megaphone for amplification. The guide called it the cell phone.

At Puma Punku, the puma gate, some more huge granite stones could be found who had to be moved a long way from the mountains or Peru via Lake Titicaca, which was a lot larger back in the days.

All in all it was quite interesting and it’s apparent that a lot of money and work needs to be invested to solve some more mysteries about this place.

Anisa and I concluded the day with a nice dinner at a Mexican place before she had to take the taxi to the airport early the next morning. She will be missed.

I spent this last day in La Paz with wandering around the streets, visiting the witch market and booking my next steps before getting on my night bus to Sucre. 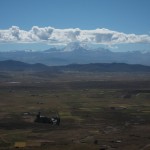 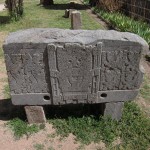 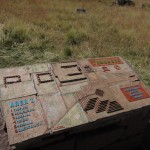 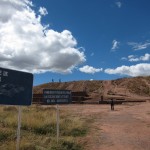 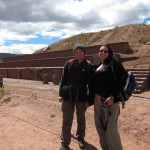 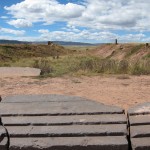 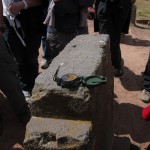 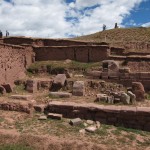 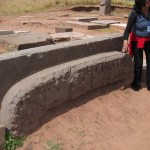 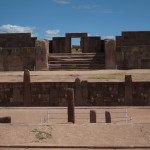 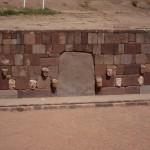 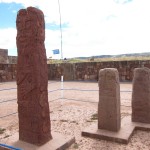 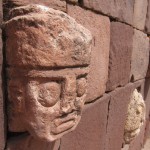 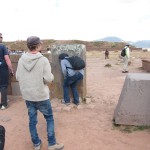 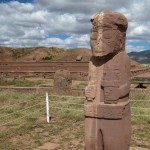 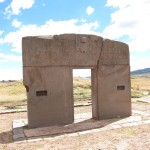 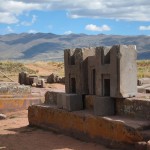 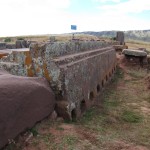 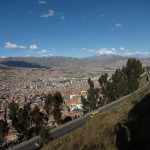 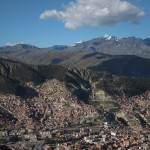 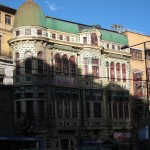 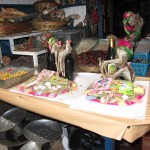 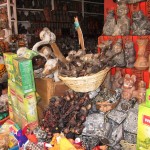 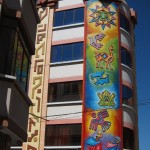 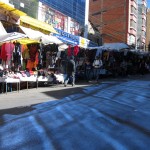 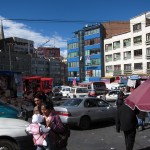 On a Highway to Hell
Sucre -- honey, honey
Posted under Tragedy,World Citizen
Comments (0)